Saper Law is well known for its handling of cases involving new media and social media, especially as it relates to copyrighted content.  Accordingly, many Saper Law clients have asked us to provide an explanation of the Stop Online Piracy Act or SOPA.  This article seeks to provide some background about the current piece of legislation and explain why it is controversial. If you or your company has concerns about the implication of SOPA on your business, do not hesitate to contact us at 312.527.4100 or email us at ds@saperlaw.com.

According to a credible study by the Institute for Policy Innovation piracy’s harm on the music industry alone accounts for $12.5 billion dollars in losses to the U.S. economy, more than 70,000 lost jobs and $2 billion in lost wages to American workers annually; and the problem is continuing to spiral out of control. Because online piracy is a global phenomenon, often infringers are not within the jurisdiction of the United States. Without a U.S. court capable of asserting jurisdiction over the infringers overseas, it is nearly impossible to stop the infringing activity and/or to prosecute an infringer acting beyond United States’ borders. In late October a bipartisan group of 13 state representatives introduced a possible solution for this crisis in the House of Representatives: the Stop Online Piracy Act (SOPA). Essentially the bill makes it possible for a U.S. IP rights owner to finally hold someone accountable for the theft of his or her intellectual property.

Because a bulk of online copyright infringement is technically occurring overseas, that is on sites with foreign IP addresses, SOPA specifically authorizes the Department of Justice to seek court orders against websites outside U.S. jurisdiction accused of infringing copyrights or of enabling or facilitating copyright infringement. Upon delivery of the court order, the U.S. Attorney General could also require U.S. Internet Service Providers, ad networks, and payment processors to stop doing business with sites found violating intellectual property laws, and bar search engines from displaying links to the sites. The ISPs, ad networks and payment processors are also required to take “technically feasible and reasonable measures” to prevent access to the infringing site.

The payment facilitators and ad networks that comply with SOPA, or that take a proactive approach to cutting ties with websites dedicated to infringement, are provided with legal immunity from secondary liability, while any copyright holder who knowingly misrepresents that a website is devoted to infringing activities would be liable for damages.

Supporters of the bill, which include some of the world’s largest entertainment organizations (think the Motion Picture Association of America, Recording Industry Association of America, MacMillan Publishers, Viacom) say SOPA only further protects the valuable intellectual property market and relevant industries, jobs and revenues, and is necessary to bolster U.S. law enforcement’s power over websites, particularly foreign sites, that sell infringing goods.

Opponents of SOPA, which include Google, Yahoo!, Facebook, Twitter, LinkedIn, eBay and many more, say the bill will “cripple the internet” and “stall innovation” by leading to censorship of legitimate websites and shutting down websites with First Amendment protected speech that may happen to also contain some infringing content.

Both sides of the debate agree that piracy is a major problem that needs solving, but they disagree whether legislation like SOPA is the right way to attack the issue.

Impact on your business

Since SOPA is still in its early stages it is not completely clear how, if passed, it will impact our clients’ ventures. Under today’s version of SOPA, website developers and hosts will have a greater duty to monitor their sites to ensure that there is no infringing content; or risk getting shutdown. This is particularly applicable to sites aggregating content or linking to other websites that may contain infringing material. Others worry that open source projects will be killed by SOPA and that it would lead to domain blocking due to deep packet inspection. Alexis Ohanian, co-founder of news-aggregating website Reddit.com, said his company never would have been able to launch had SOPA been the law when Reddit.com started. He worries that the next great big idea will never come into existence become of SOPA restrictions. For tech start-up companies, which Saper law often counsels, SOPA is worth keeping an eye on.

SOPA may also overturn the Digital Millennium Copyright Act (DMCA), which mandates the current rules for notifying a website that they are infringing intellectual property and demanding that the content be removed. Does SOPA mean the DMCA take-down notification process will no longer be the law? No one is quite sure and there is a lot of uncertainty. If your website currently utilizes the DMCA take-down procedure, possible new rules under SOPA should also be on your radar.

For the creative community, and those whose businesses depend upon the protection and later financial fruition of their intellectual property, SOPA could have great benefits. For example, the film community has said that by giving the U.S. Department of Justice power to police infringement, Americans whose livelihoods depend on the value of their intellectual property would sleep soundly at night knowing a rogue foreign site could not infringe their rights and sell protected works, undercutting the bottom line. Additionally, SOPA may encourage more creative individuals and companies to create and invest more in IP knowing, that under the new law, its value will be protected and no longer exploited. For Saper Law’s clients, this bill provides an even greater reason to trademark logos and copyright designs knowing, that under SOPA, IP will have greater protection online than ever before.

Contact Saper Law at ds@saperlaw.com if you have specific questions about SOPA, intellectual property, or doing business online. 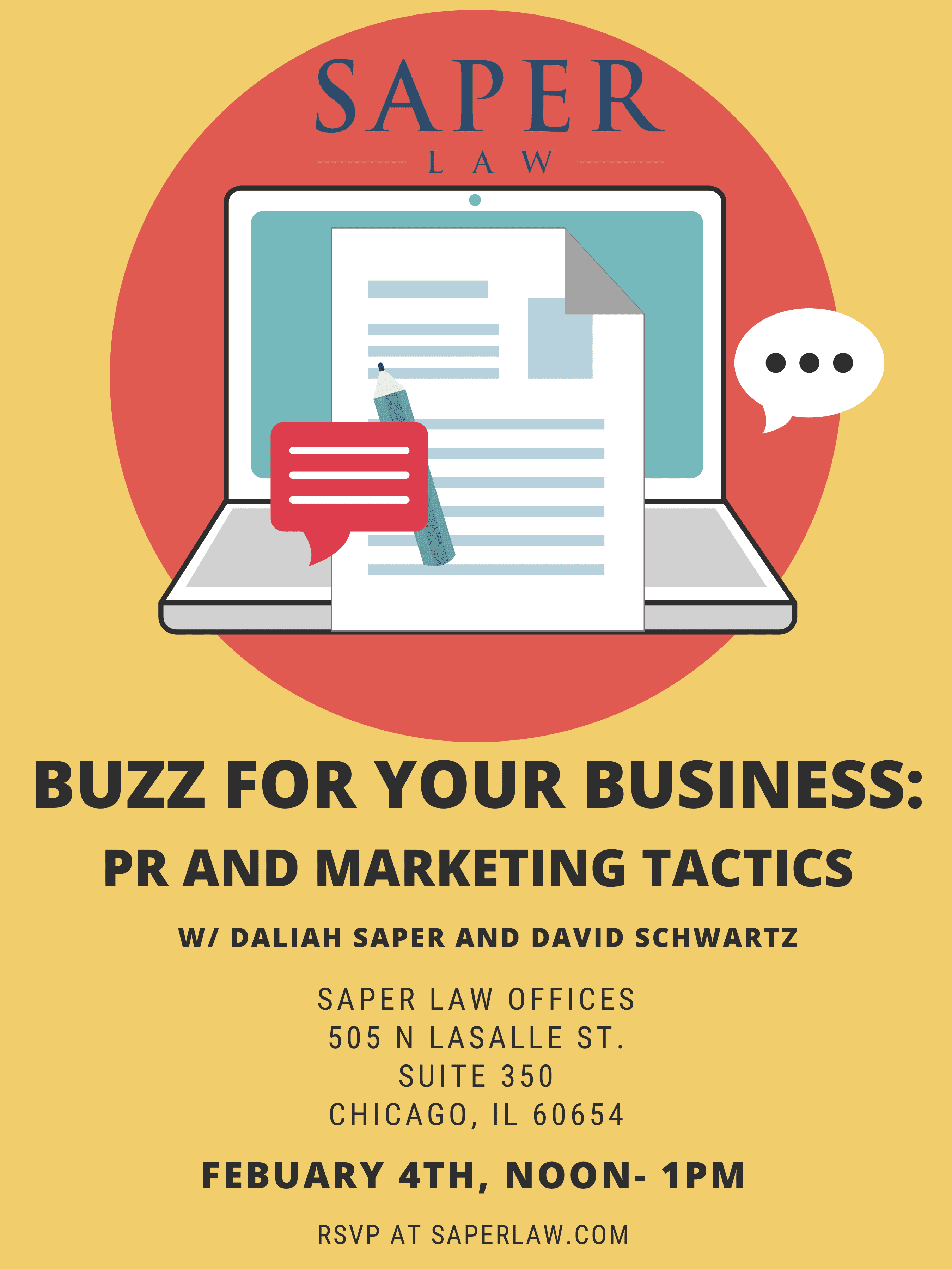