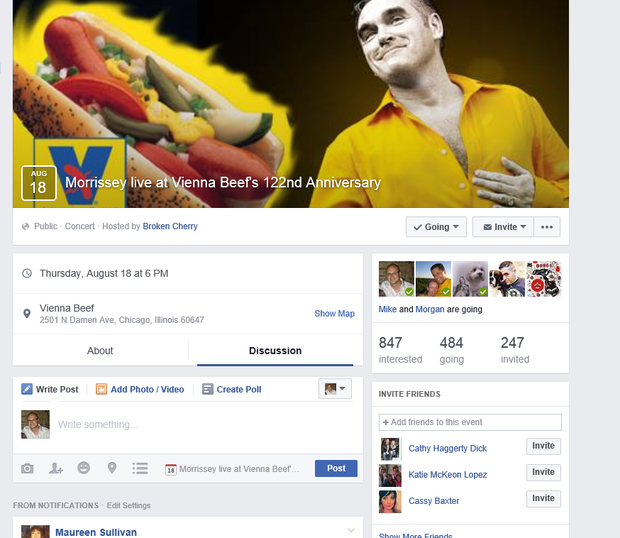 Daliah Saper was quoted in DNA Info’s article, Morrissey Is NOT Playing At Vienna Beef (And Other Fake Facebook Events). The May 13, 2016 article addressed the latest social media fad– fake events on Facebook– and two Chicago institutions who recently fell victim to fake listings.

Specifically, Daliah advises people to be wary of creating fake Facebook events due to the legal issues that may arise in the context of “fake ads” and “fake events.” Some of these issues include copyright infringement, trademark infringement, right of publicity, etc.

This is the third in our 3-article series on restrictive covenants. Read our first article - read more...
Click here to read more posts
X