If your business or brand uses social-media influencers for marketing, now is the time to ensure that you are familiar and compliant with the Federal Trade Commission’s most recent guidance. Why now? The FTC appears to be beginning to enforce its rules about influencer-brand relationship disclosures much more strictly, and a host of companies and influencers large and small are—perhaps without knowing it—breaking the rules.

The Federal Trade Commission recently sent out 90 letters to social media influencers and marketers reminding them that they must disclose their relationships to brands when endorsing products on social media. The FTC’s endorsement guidelines state broadly that if there is a material connection between the endorser and the marketer of a product that would affect how people evaluate the endorsement, then said connection must be properly disclosed.

Though proper disclosure can be as simple as posting #ad or #sponsored prominently on a sponsored post, it seems many brands and influencers still aren’t getting the message.

In May, Daliah spoke about Snapchat and the FTC’s endorsement guidelines at the Internet Law Leadership Summit in Las Vegas, Nevada. She showed the following snaps from DJ Khaled and Josh Peck as examples of what to do (and not do) when promoting a brand on Snapchat. 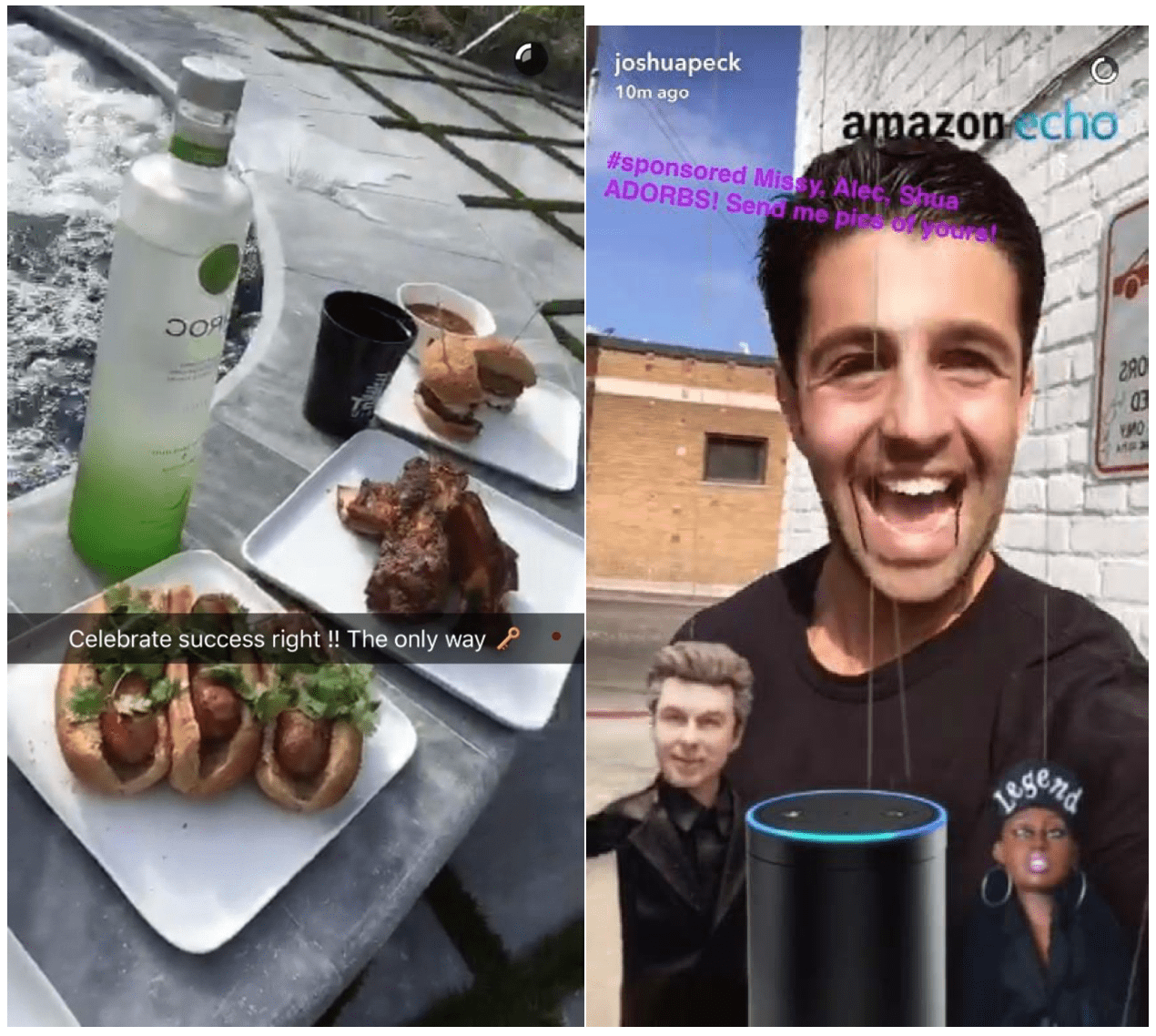 The difference? Whereas Josh Peck clearly demonstrates that his post is an ad with #sponsored and makes his relationship with Amazon clear, DJ Khaled’s non-compliant snap leaves his followers unclear as to whether he has been paid.

Khaled is not alone: many A-list celebrities have broken disclosure rules. Take, for example, Kobe Bryant’s twitter exchange with another user who took issue with his failure to disclose whether his endorsement of Body Armor Sports Drink was a paid advertisement: 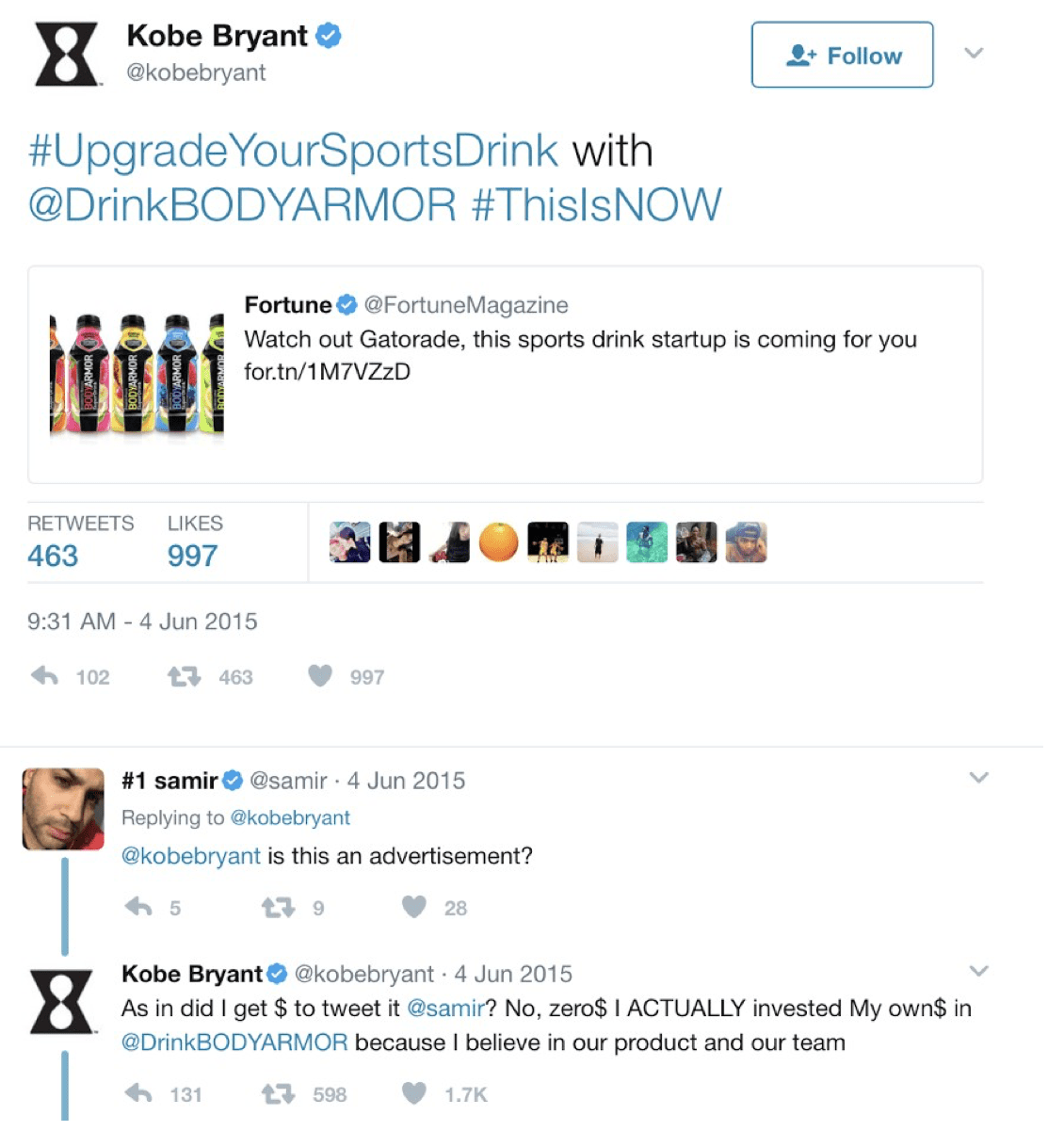 In what was at one point the most “liked” post on Instagram, Selena Gomez also failed to disclose that her endorsement of Coca-Cola was a paid advertisement. Since then, she’s added

#ad to the post (below), but the damage was done: over 4 million people had “liked” it already, and countless others had seen it. 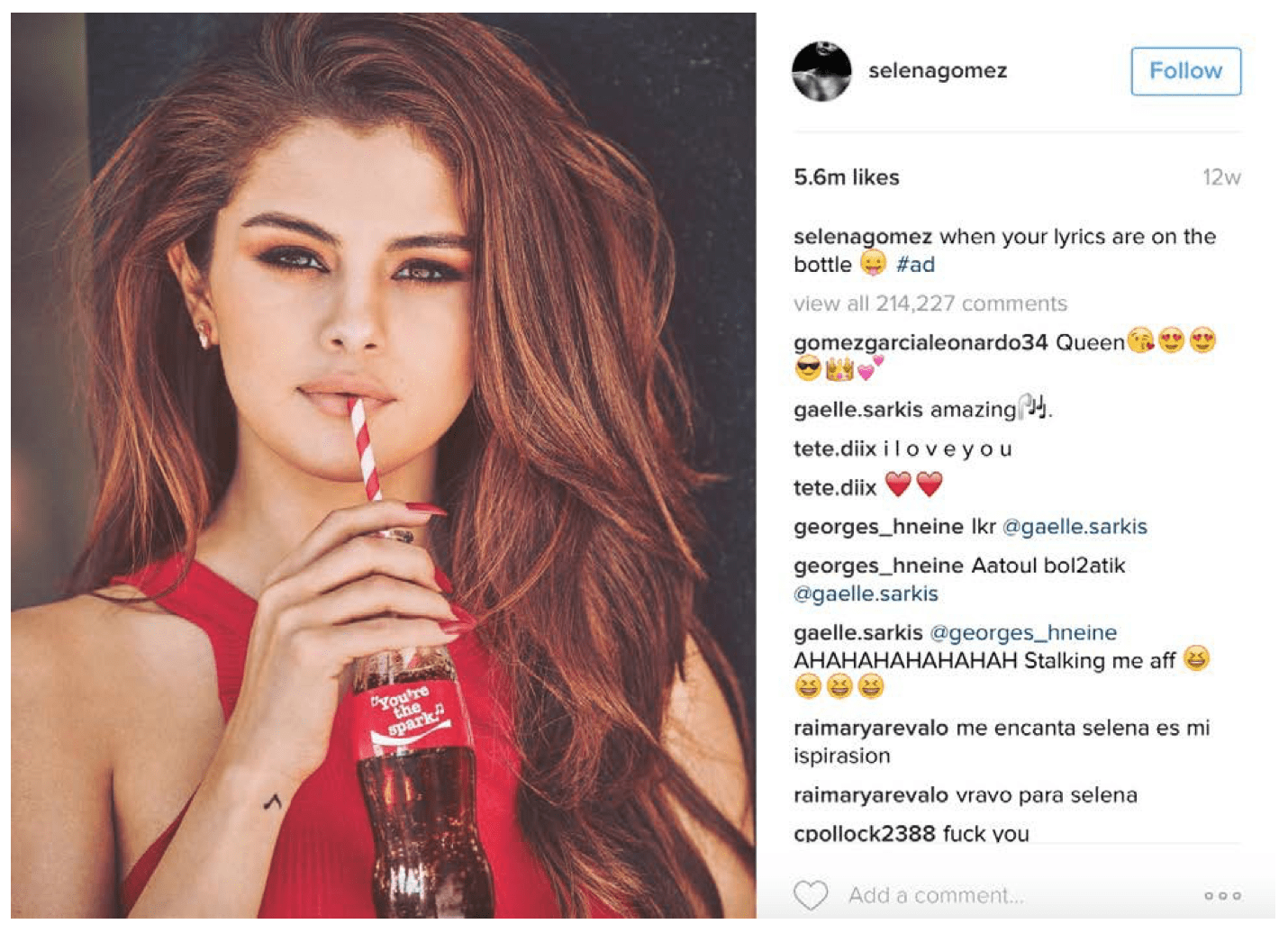 These celebrities and brands should be wary: updates in 2009 and 2013 stressed that FTC regulations do apply to social media, and the FTC’s most recent guidance, published in 2015, seems be accompanied by a shift to stricter enforcement: this past year, the FTC filed a number of high-profile suits against big name companies like Warner Bros. and Lord & Taylor.

Given these lawsuits and the recent letters, the FTC appears to be losing its patience with advertisers. It be just a matter of time before a crackdown.

If your company uses social media for marketing, act now to make sure you are 100% compliant. Unsure? Saper Law’s team of internet law experts can help. Schedule a consultation today, or click here to learn more about our influencer agreement services.