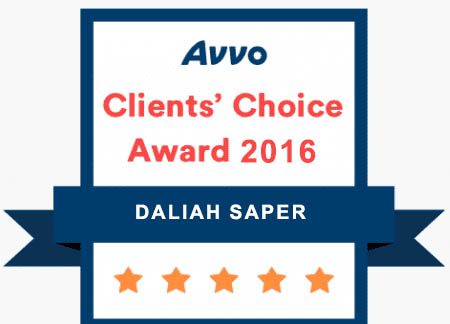 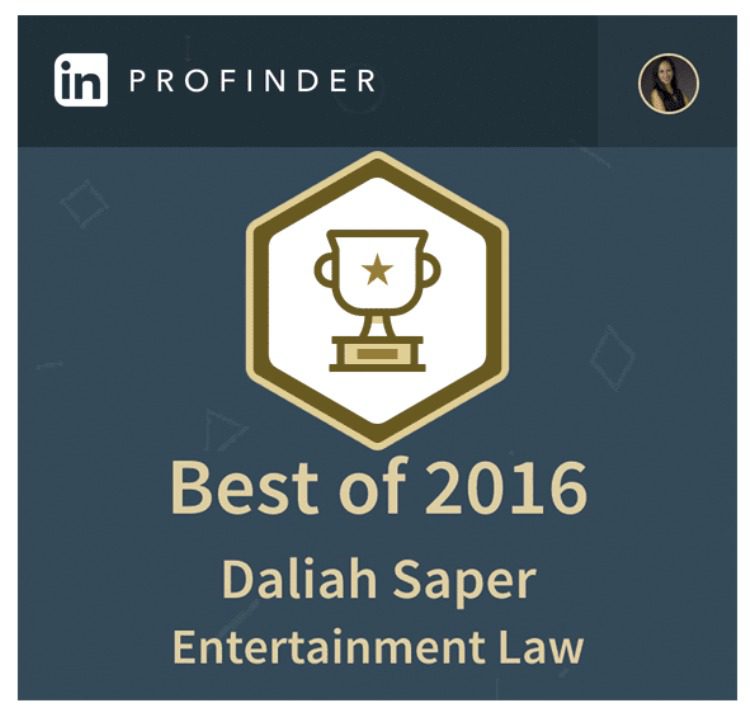 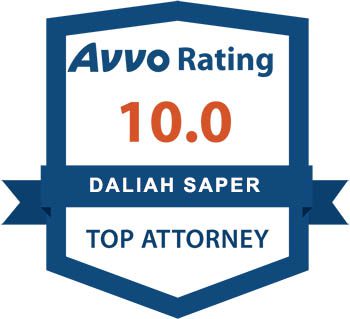 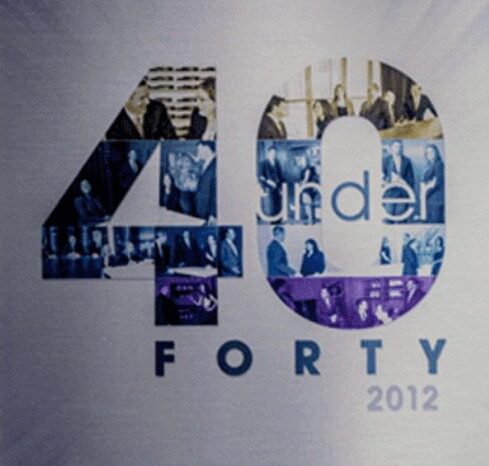 Daliah Saper is a member of the Illinois Bar and both the General Bar and Trial Bar of the U.S. District Court for the Northern District of Illinois. She has handled many high profile cases (including one she argued before the Illinois Supreme Court) and is regularly interviewed on national tv, radio, and in several publications including Fox News, CNBC, ABC News, The Chicago Tribune, WGN Radio, and NPR. She has received the honor of being named to the Super Lawyers magazine list fifteen years in a row, is recognized as a leading Media and Entertainment lawyer by Chambers and Partners, was featured on the cover of TheXemplar magazine, was profiled by the Chicago Law Bulletin and recognized as one of that publication’s “Emerging Lawyers of 2017,” and has been nominated for the prestigious ATHENA Young Professional Leadership Award.

Daliah is an Adjunct Professor at Loyola University Chicago School of Law, teaching a Sports and Entertainment Law course. She has also served as an Adjunct Professor at the University of Illinois College of Law, teaching an Internet Law course. She has served on the faculty of PLI, Practicing Law Institute, and was selected by Harvard Law School’s Berkman Center for Internet & Society to participate in Harvard’s Online Media Legal Network (OMLN).

TED CHIACCHIO is a highly experienced litigator, having handled numerous intellectual property and other business litigations. Specifically, Theodore serves or has served as lead trial counsel in complex disputes involving trademark infringement claims, copyright infringement claims, and trade secret misappropriation claims. Ted has also handled substantial aspects of high-stakes patent infringement cases.Ted earned his law degree from Cornell University Law School and his Bachelor’s Degree from Bucknell University. Ted is admitted to the State Bars of Illinois, New York, and New Jersey. Ted is also admitted to practice before the U.S. Court of Appeals for the Federal Circuit and the U.S. District Court for the Northern District of Illinois. Theodore is a registered patent attorney with the U.S. Patent and Trademark Office. Ted regularly authors articles discussing trademark and patent law issues. Many of Ted’s articles have been published in IP Watchdog, routinely ranked the No. 1 on-line publication focused on intellectual property issues.

CHRIS MCELWAIN is knowledgeable about a range of legal issues impacting small businesses and creative professionals. An experienced litigator, he is admitted to the State Bars of Illinois and California, as well as the U.S. District Courts for the Northern District of Illinois, the Northern District of California, the Central District of California, and the Eastern District of Texas.Chris received his J.D. from the University of Southern California and his undergraduate degree from Whitman College in Walla Walla, WA. He was an associate attorney at Saper Law from 2012-2014 before moving to California. In 2016, he was awarded the Ladas Memorial Award by the International Trademark Association, and in 2018, he was selected as a SuperLawyers Rising Star. His articles on intellectual property have been published in various national magazines, including Cannabis Now and IDEA Fitness Journal.

BRANDON BEYMER is licensed to practice in the State of Illinois and the Northern District of Illinois. He is an active member of the Chicago Bar Association and Intellectual Property Law Association of Chicago. At Saper Law, he focuses on Trademarks, Copyrights, Right of Publicity issues, Trade Secrets, Advertising, Business Entity Organization, Licensing Agreements, and Litigation. Brandon received a J.D. with a certificate in intellectual property from Chicago-Kent College of Law, where he was a member of the Intellectual Property Law Society and represented the school in the Saul Lefkowitz Moot Court Competition. Brandon earned his bachelor’s degree from Sonoma State University where he majored in Political Science. Prior to joining Saper Law Offices, Brandon served as a student-attorney for Chicago-Kent’s Intellectual Property Clinic and as a law clerk at another small firm specializing in intellectual property and business law. In his free time, Brandon volunteers at and participates in various running events in the Chicago area.

BRANDON CAMPILLO is an Associate Attorney at Saper Law, where he focuses on intellectual property and contractual matters. Brandon has prepared and successfully prosecuted trademark and copyright applications for businesses across a variety of fields. He also has experience in complex contractual litigation matters and pre-suit investigation and assessments. Brandon graduated from Chicago-Kent College of Law, where he was a member of the Intellectual Property Law Society and received a CALI award for the highest grade in Legal Writing. Upon graduating he received a Certificate in Intellectual Property for his coursework in the field. Prior to law school, Brandon graduated from Elmhurst University with a Bachelor of Science in Biology, gaining valuable research and development experience.

Hannah is a paralegal at Saper, assisting the attorneys across all practice areas. She solidified her interest in tech policy topics while earning her B.A. in Political Science and Data Science from Northwestern University. Interested in the intersection of law and technology, Hannah joined the firm as a Chicago Field Studies extern during her junior year before accepting her current role.

Daliah Saper and her team were terrific in advising me. Very professional, and a pleasure to work with. I felt like they cared about my circumstances, and I was very pleased with how they went about handling my matter.
mike z (Mzimm)
A superbly professional team of attorneys of the highest calibre and integrity. Daliah has always given special attention to her community of clients. From my perspective, as the Founder of an organization in the Entertainment, Training and Education space, this law group has consistently delivered superior advice and outcomes saving us hundreds of hours of research and tens of thousands in expenses. Representation within their field of law is unmatched (in our experience). A special shout out to Brandon Campillo, Associate Attorney. His expertise, empathy and clear communication on issues with which we have been faced, including copy- write infringements and trademarks have been answered with patience and clarity. Both he, Daliah and other staff have give us their time and personal, unselfish service with merit. Thank you.
David Stuart
Like many of you reading this review, I filed 3 separate trademark applications without an attorney. All 3 were rejected by THE USPTO. Subsequently, I interviewed 4 separate law firms to see if my trademarks could be saved; two law firms gave me little more than a cursory free consultation and were not interested in seeing if my trademarks could be saved only in having me refile using their law firm. Brandon at Saper Law was the only attorney who went the extra mile by following up with a written response that thought we might be able to save 2 of the 3 trademarks I had filed. He was upfront and said that he couldn't guarantee they would be accepted, but explained the reasoning and process. I engaged Saper Law to respond to the USPTO refusals for those 2 trademarks. The results were better than I expected and the USPTO dropped all refusals to these 2 trademarks and both have been assigned a publication date. It took about 7 weeks to see these results. I would highly recommend using them.
Peter Gull
Mrs. Saper and her team are incredible. From the first moment I spoke to her, I knew we were in good hands. Needless to say, my legal concerns were taken care of 10 times over!! Mrs. Saper and her team are now my business exclusive attorneys. A+
Alex Denno
We've been working with Daliah and Saper Law since 2018. I truly appreciate the attention she gives us, even though we're a small fish in the Chicago tech world. It's amazing to know I can call on her when I need to, and she's always there for us. She and the rest of her team are great!
Dana Ledbetter Pero
Daliah was such a great source of knowledge. She was so concise and easy for me to understand. I am very happy with the outcome.
Polly Kain
A very well-informed firm with good people working there. They were thorough and efficient in walking me through the labyrinth that is a creative contract. They even seemed genuinely interested in my work and career, rather than me being just another contract to review. Highly recommended for any creative types in need of a quality legal team!
canetoonist
Can lawyers be cool? The answer is yes because Daliah Saper is cool! Daliah is super smart, friendly and personable. She treats you like friend or family and not just a client. She truly cares about you and remembers important details that you may even forget. Her legal advice is top notch and her counsel is "real", and in your best interest even if it seems like your heart wants something different. Daliah is very responsive and approachable so if you are lucky enough to be represented by her, you don't have to worry about being put on the slow track like some other lawyers do. Daliah's associate, Brandon Beymer is brilliant and ensures that no detail is missed. He is very astute and will look at things from different angles to identify the best options. Working with Daliah and Brandon, you will get what's most important - great results! And don't let Daliah's nice demeanor fool you. She has a deft touch but is TOUGH. But then that's only a problem for the opposing counsel, isn't it?!
Sarti Krishnan
Daliah and her team went above and beyond in providing detailed and professional copyright infringement casework analysis for us, and her having our backs in this situation has made a genuine difference. She was incredibly thorough, responsive, and supportive, going to great lengths to ensure we felt understood and taken care of. I would not hesitate in reaching out to her and her team in the future if I have any questions or cases, and I highly suggest that you give her your time and consideration if doing the same. Thank you, Daliah and Saper Law
Ryan Lange
Page load link
Call Now 312-527-4100
X
Go to Top