Be Careful: Your Super Bowl or 2018 Winter Olympics Promotions Could Get You in Trouble

Whether it’s last week’s Super Bowl or the 2018 Winter Olympics opening tonight in Pyeongchang, businesses of all kinds love to get in on the hype generated by a big sporting event. But even something seemingly innocent like holding a “Super Bowl Special” or tagging an advertisement with #TeamUSA can have legal consequences. The organizations that own the trademark rights related to these two blockbuster events—the NFL and the U.S. Olympic Committee (USOC) respectively—are vigilant about stamping out any unauthorized use of their intellectual property. 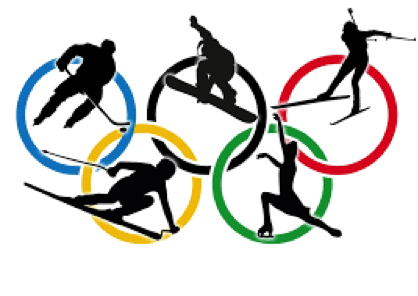 SUPER BOWL. SUPER SUNDAY. PHILIDELPHIA EAGLES. NEW ENGLAND PATRIOTS. They’re all trademarks of the NFL. Not only are they used on all sorts of merchandise, from hats to jerseys to souvenir cups, the NFL derives substantial revenue licensing them out to corporate “sponsors” to use in connection with their own marketing. This may partly explain why the NFL is so aggressive in sending letters demanding that businesses cease and desist from using the term “Super Bowl” commercially, even if the business appears to simply be talking about the event rather than suggesting an affiliation or sponsorship (an activity—sometimes referred to as “nominative fair use” in trademark law—that doesn’t typically constitute infringement).

In 2017, for example, the NFL forced Fall Creek Baptist Church in Indianapolis to reconsider their “Super Bowl Bash.” Because an entry fee was charged, the NFL claimed the use of the phrase “Super Bowl” constituted commercial use and therefore infringed the league’s trademark. Following a cease-and-desist letter, the church cancelled the gathering. 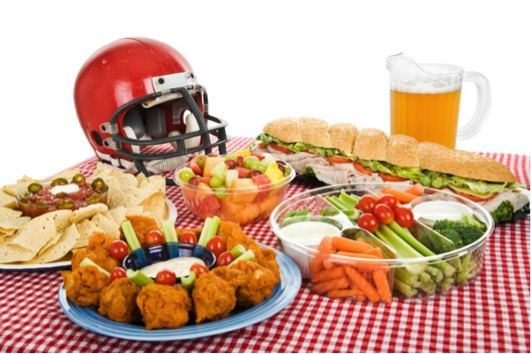 Many businesses attempt to tie their promotions to the NFL’s proprietary event using more circumspect phrasing like “The Big Game.” Some, like the Philadelphia-area concert venue SteelStacks, go as far as to give their beloved hometown team a generic pseudonym, using free clip art rather than team logos: 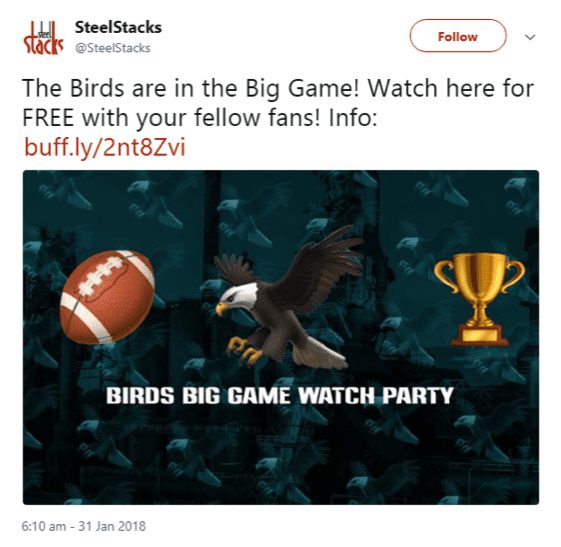 As the national conversation turns from touchdowns to triple salchows, advertisers will find the U.S. Olympic Committee no less protective of its trademarks, which include WINTER OLYMPICS, PYEONGCHANG 2018, TEAM USA, DESTINATION PYEONGCHANG, as well as the Olympic rings and other symbols of the winter games. Unlike the NFL, however, the USOC has an additional legal weapon to brandish against would-be infringers. Under the Amateur Sports Act of 1978, the USOC has the exclusive right to use, among other things, the Olympic rings and the words” Olympic,” “Olympiad,” “Paralympic,” “Pan-American,” and “America Espirito Sport Fraternite.”

In contrast to trademark law, violations of the Amateur Sports Act do not require that the commercial use of the Olympic words or symbols be likely to cause consumer confusion. It’s an unqualified monopoly. In 1987, the USOC took the organizers of a sporting event called the “Gay Olympics” (now the “Gay Games”) all the way to the U.S. Supreme Court to vindicate its rights under the Act.

The USOC’s approach to enforcing its rights remains as aggressive as ever. In 2012, a Pennsylvania restaurant called “Olympic Gyros” received a cease-and-desist letter from the USOC. Though the restaurant had operated under the name for nearly thirty years, they ultimately agreed to rebrand to “Olympia Gyros.”

Even just showing support for an athlete can catch the attention of the USOC’s legal team. In 2016, sportswear brand Oiselle tweeted a picture of runner Kate Grace congratulating her for her performance in Rio, most likely assuming that merely reporting on Kate’s performance in the Summer Olympics would not infringe on any USOC’s trademarks. The USOC disagreed and issued Oiselle a cease-and-desist letter, requesting that it remove all the social media posts regarding Kate Grace. Oiselle ultimately reached a compromise with the USOC, agreeing to blur all USOC trademarks in posted photos and to remove references to USOC trademarks such as “#RoadtoRio.”

If you’re concerned that your commercial references to “This Year’s Big Wintertime Games Outside Seoul” might have crossed the line into trademark infringement, contact Saper Law to discuss your options.