Mega Fight or Mega Litigation? What You Need to Know About Showing Mayweather vs. Pacquiao

This Saturday night, Floyd Mayweather and Manny Pacquiao will finally face each other in what is being dubbed as the “Fight of the Century.”  The story about how the two boxers, widely considered the best of their era, have been dodging each other for the past five years has been well documented.  It is the fight that almost never was.

For many fans, it is too little too late.  But not for Mayweather, Pacquiao, and the companies promoting the match.

According to the Wall Street Journal, the “Fight of the Century” may reach a record $400 million in revenues worldwide.  Mayweather alone is expected to make as much as $200 million, while Pacquiao will have to settle for just over $100 million.  The promoters of the fight, G&G Boxing, are also in for a big night.  In charge of licensing the right to view the fight to residents and businesses, the residential license for an HD feed is $99.95, or $25 more than the previously most expensive fight.  Bars and other venues, on the other hand, are being charged several thousands of dollars to broadcast the fight, depending on occupancy and other factors. 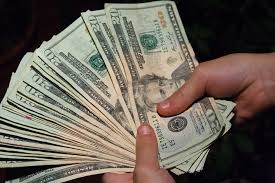 y numbers are not going to be the only source of revenue for the promoters of the fight.  In an effort to combat “signal piracy,” promotion companies like Joe Hand Promotions, Inc., J&J Sports Productions, Inc., and even UFC are very litigious in protecting their exclusive rights as promoters and distributors of pay-per-view events.  These companies go to great lengths to ensure that they receive the appropriate licensing fee from various individuals and businesses; indeed, they hire “pay-per-view cops” whose sole purpose is to find establishments illegally showing the fight in exchange for a fee.  After gathering this information, the promoters file hundreds of lawsuits each year against individuals and business owners seeking hundreds of thousands of dollars in damages for the willful exhibition of a pay-per-view event without the proper license.  J&J Sports alone has filed 1,600 lawsuits against businesses – most small – for illegally showing pay-per-view events since 2010.

The suits are premised on the violation of the promoter’s rights as the exclusive licensee for television distribution of the event, which allows the promoter the right to license and sublicense the event for public viewing.  The statutes generally at issue are enforced in such a way as to often reward monetary damages even for unintentional violations, and excessive attorney’s fees against the defendant for the cost of pursuing such litigation.  The payout, of course, can be monumental:  UFC alone collected $4.7 million in settlements from commercial cases between 2006 to January 2012.  For many unsuspecting small business owners, therefore, marquee boxing or UFC events can lead to unimaginable headaches and legal fees in the future.

Unfortunately for these business owners, ignorance of the law and absence of intent does not mitigate the cost such litigation poses.

Saper Law wrote about this very issue in 2013.  While that article provided an overview of how an individual or entity should proceed in the face of litigation, certain preemptive steps can and should be taken to ensure that you do not find yourself accused of the unauthorized exhibition of the fight.

Ultimately, the most important evaluation a business owner can make is the risk-reward analysis for showing the fight.  While it is easy to believe that your business won’t be the one who is sued, promotion companies are aggressive in enforcing their rights.  Considering this is the biggest pay-per-view event of all time, it stands to reason that it is also the most ripe for piracy litigation.  Therefore, the potential legal fallout can and should inform your analysis of whether or not you want to show “The Fight of the Century.”