Last week, Saper Law wrote a cautionary tale on piracy and copyright infringement in anticipation of the Mega Fight between two of boxing’s best champions, Floyd Mayweather and Manny Pacquiao.  The “Fight of the Century,” of course, didn’t exactly li 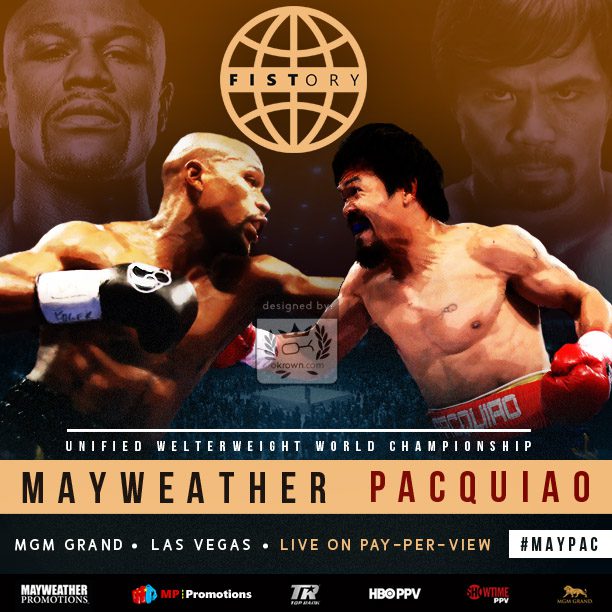 ve up to the hype, with Mayweather winning by unanimous decision against a less than 100% Pacquiao.  Outside the ring, however, the massive pay-per-view audience and gaudy revenue figures did not disappoint.  What’s more, the expected onslaught of litigation by the promoters for piracy and copyright infringement is all but guaranteed.

Therefore, the biggest surprise of the night was not the existence of piracy, but rather the source.  Indeed, social media is now at the forefront of a new wave of potential piracy challenges that copyright owners and distributors in the television, sports, and movie industries face:  livestreaming.

The biggest offender of fight night was Periscope, a livestreaming app owned by Twitter.  The app allows anyone with a smartphone to stream an event (either in person or via a screen) to a live audience in real time.  While it is difficult to determine exactly how many people used the app to stream and/or view the fight, some Periscope accounts had as many as 10,000 followers who watched the fight for free.  Even Twitter CEO Dick Costolo got into the action, declaring Periscope the big winner of the night:

And the winner is… @periscopeco

Costolo’s tweet, of course, ignores the critical fact that Periscope’s livestreaming feature cost the promoters, HBO, Showtime, and others, hundreds of thousands – if not millions – of dollars in revenue.

Livestreaming and piracy is certainly not a new issue.  In fact, Periscope, which was rolled out by Twitter just a few months ago, already landed in hot water with HBO once before.  Following the latest season premiere of the “most pirated” show of 2014, Game of Thrones, HBO sent takedown notices to Periscope for enabling the illegal re-broadcasting of the show.

Nevertheless, Saturday’s fight thrust the potential piracy issues associated with livestreaming back into the mainstream and raised questions about what apps like Periscope mean for copyright owners going forward.

At the moment, Periscope and Twitter both take a strong stance against copyright infringement – at least on paper.  Consistent with the Digital Millennium Copyright Act, which extends copyright protection to the online world, Periscope’s Terms of Use specifically forbids users from streaming copyrighted material.  In addition, the company has the discretion to terminate a user’s account if the user is a repeat infringer.  To that end, Twitter noted that the fight’s presence on Periscope was not for lack of effort.  The company stated that it received 66 reports from rights holders during the fight and took down all 30 streams that were still broadcasting at the time the requests were made.

On the other hand, Twitter’s apparent compliance with the DMCA is not enough for some.  Critics of Periscope and similar technologies believe more can and should be done to combat this newest form of piracy and protect the rights of copyright holders.  As HBO stated in reference to the Game of Thrones issues, companies should do more than simply comply with the DMCA.  “In general, we feel developers should have tools which proactively prevent mass copyright infringement from occurring on their apps and not be solely reliant upon notifications.”

Despite this strong and seemingly logical position, there’s no clear cut answer for what Periscope should do to protect copyright owners beyond comply with their existing legal obligations.  Until such time as the law adapts to existing technology, the threat and impact of livestreaming will continue to complicate the television viewing experience.  In the meantime, one thing is certain:  the promoters of Paquiao vs. Mayweather will pursue all legal avenues to recoup some of the revenue lost to the real “winner” of the night.