Just a few weeks ago, the U.S. Court of Appeals for the Federal Circuit (the second highest court in the land) ruled in In re Geller that the political organization “Stop! Islamization of America” may not trademark the title “Stop the Islamisation of America” because the mark violated the Lanham Act’s (the federal trademark statute) Non-Disparagement Clause. The Non-Disparagement Clause, which prohibits registration of marks that besmirch a specific person or belief, is rarely used to prevent registration. This case, however, was the exception.

In Re Geller: Background and Ruling

“Stop! Islamisation of America,” an extreme political organization that adamantly scrutinizes the use and spread of Sharia Law as an encroachment on American values, applied for the trademark “Stop Islamization of America” in 2011. The United States Patent and Trademark Office (USPTO) rejected the registration (and the later appeal) on the grounds that the mark may be disparaging to Americans of the Muslim faith. Stop! filed suit Federal Court under In re Geller to contest the USPTO’s ruling.  Recently, the Federal Appellate Court upheld the USPTO’s denial. 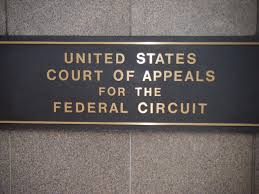 In the appeal, Stop! argued that the mark in – and independent of – its organizational context lacked disparaging character because the mark simply articulated opposition to the dissemination of extreme political Islamic ideology – not Islam in general. The Court, however, did not buy this argument and found that the mark was disparaging to Muslims because the common usage of the term “Islamisation,” along with the organization’s own use of the term in several manifestos posted on its website,  advocated suppression of the Islamic faith and equated Islam with terrorist activity.

Where is the Line for Trademark Disparagement Denials?

Stop!  argued that the mark and its organizational context implicates only extremist Islamic political groups (divorced from ordinary Muslims) and does not conjure up the same hateful  rhetoric as other well-documented hate groups (i.e. the KKK).  The central question in this case was  “where should the line be drawn?”  Where exactly is the line between disparaging and non-disparaging marks?  The Non-Disparaging Clause offers no standards or guidance by which to judge disparagement.  Although case law has created a two-prong test, in the end, disparagement is what the judge says it is.

Perhaps more importantly, does denying a trademark federal protection implicate First Amendment rights?  According to the Federal Circuit and the USPTO examiners, such a denial does not infringe upon free speech rights because applicants are still free to express the mark in a commercial capacity.  The restriction, they maintain, is simply on the pseudo-property right, not a speech right.

What this ruling means for trademark law is difficult to predict.  Some experts worry that this denial opens the door to future First Amendment issues.  Others wonder how such a ruling may affect other questionable marks, most notable the NFL’s Washington “Redskins” pending mark.  What is predictable is that such cases will only will get more controversial and the public outcry will only get more contentious.